In an earlier post I mentioned how the movie by Andrei Tarkovsky utilized the urban exploration concept in his "Stalker" movie long before wasteland tourism became in vogue.

The S.T.A.L.K.E.R. computer game series by Ukranian GSC are based on Tarkovskys movie. The Games are centered around the Chernobyl area, naturally enough, which bears several similarities to the "zone" concept of the orginal movie, even if the nuclear accident happend several years after the movie was released.

In fact, this games series was my main reason to get a new computer with a decent graphics card, I simply had to experience it! And I was truly spellbound by them. Ok, indeed the first two games, Shadow of Chernobyl and the prequel Clear Sky, had plenty of bad bugs. Call of Pripyat however improved a lot on the technical side. Also, as all first person shooters, they carry a solid amount of violence, but that is not really the point here. The atmosphere of the games along with the wonderful graphics is simply staggering.

The developers put a lot of care and detail in the graphics development, it took me some time to realize that most buildings and sites in the game actually exist in reality.

For this post I made a ton of screen shots, and compared some of them with real pictures I could find via google maps and panoramio.
(Click on images for a full scale version, most of them are very dark, but improve when viewed in full size.) 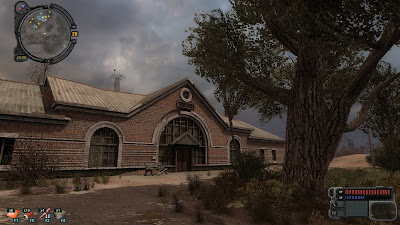 
In the western part of Pripyat there is the "Jupiter" factory, as seen with google maps:

Below is a screen shot taken while inside the factory. The amount of details in the shadows rendered by the sun really demonstrates how computer technology has accelerated in the last 10 years. When I still was a little kid, a super computer might take days to render such an image via raytracing. Now they are generated faster than 50 times a second, and the CPU still has time to do the physics engine, artificial intelligence of non-player characters etc... Whee, I feel very old now! 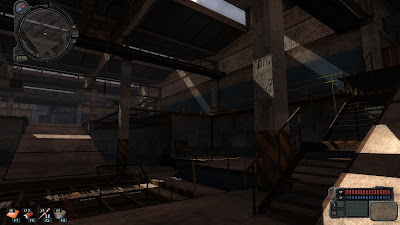 I was astonished how close the game developers stuck to the real layout of Pripyat city. The hospital, kindergarten, shops, movie theater, landmarks and building blocks are located at the correct places.
http://www.panoramio.com/photo/27682851

What really adds a lot of quallity to the game is the fantastic lighting engine. The movement of the sun with all the resulting shadows are rendered on the fly. Different weather conditions and positions of the sun, dims or increases contrast of the shadows.


And all runs fluently with plenty of frames per second, of course. This makes me speculate what would happen if computer game programmers would develop applications for medical physics.

In the nortern part of Pripyat there is the "Prometei" cinema. 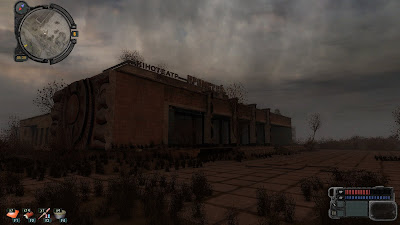 And a shop for consumer goods: 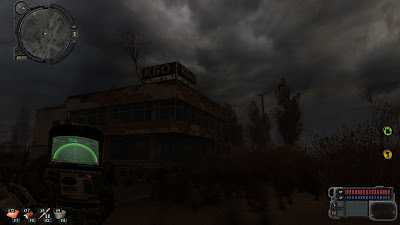 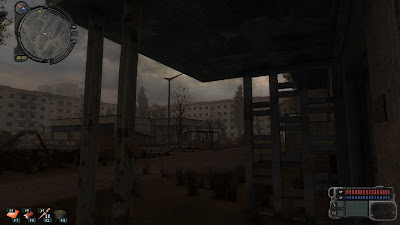 Nearby the Duga steel giant they were also carrying out some ionospheric experiments, which probably inspired this part:

And a few random screen shots from the game:


Most Soviet housing architecture was standardized, and that way may cities tend to resemble each other a lot. I had the chance to visit Russia a few times, and always got a mild deja-vu feeling when seeing those buildings again in the game: 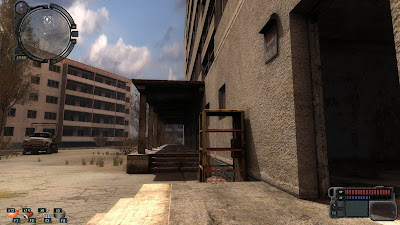 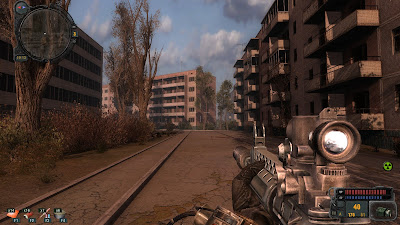 This is the eastern part of Pripyat, it fits pretty well with google maps. (Try to enable photos, to compare some of the locations).

Last but not least: a very nice trailer for the "Clear Sky" prequel (in my opinions that game still had the best atmosphere.) Video shows how to model Soviet nostalgika:

Large post, but I wanted to post this for a long time, and finally I had a Weekend off! :-)
Posted by Unknown at 12:27 AM